skip to main | skip to sidebar

Lucey Blue’s two D2-55 Volvo Penta engines are factory fitted with 115 amp alternators, but we can never generate enough power. We are not really power hungry and have a large house battery setup comprised of eight Trojan T105. However, our 12 volt fridges do chew a bit of power and on average we burn through about 100-150 amp hours per day. 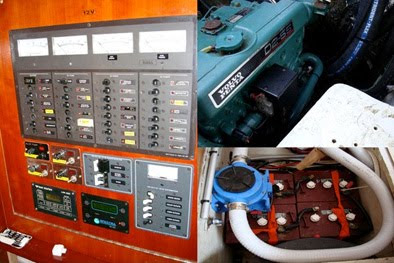 The boat has sailed many thousands of sea miles from the US to the Caribbean and then Europe to Australia with the current electrical setup. But it must have been a chore running the engines each day to generate sufficient electrical power.

Part of the problem is the diode block used to isolate the house battery bank and starter batteries. The diode block does its job well, but there is a voltage drop across the input and output terminals of approximately 0.6 volts. This means that the alternators only ever deliver a maximum of 30 amps (total) even when the batteries are nearly flat. 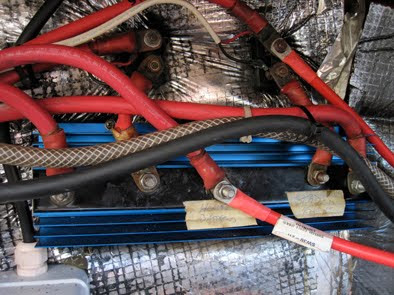 As a short-term fix I have been using a jumper cable to bypass the diode block and feed the alternator power direct to the house battery and one of the starter batteries. This technique has ensured we get approximately 60 amps to the batteries, but the alternator’s internal regulator soon drops the current back to 20 to 30 amps and it still takes an age to fully charge the batteries. 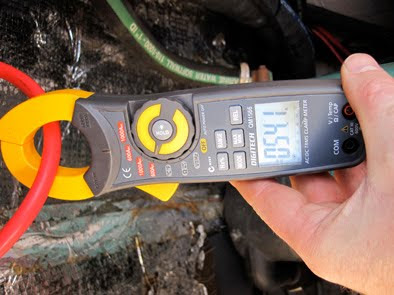 Our ultimate solution is simple - replace the diode block with a voltage sensitive relay and install an external smart regulator on one of the alternators. 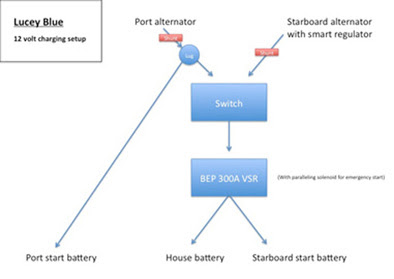 The voltage sensitive relay will link the batteries during the charge cycle without a significant voltage drop and break the link when the engines are off. The external smart regulator will ensure the alternator supplies maximum current until the battery voltage reaches its required value rather than trickle current into the system like standard automotive regulators. I will let you know what kind of improvement we see once the system is installed, but the difference should be like night and day based on past experience.

We are also going to invest in some relative large solar panels to ensure we have another source of power. But more on that later………
Posted by Sam at 8:59 PM 2 comments:

We are pretty lucky with the seagulls at the moment, but Lucey Blue still needs a wash down every so often. 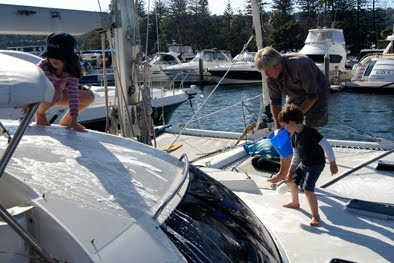 Emily and Ryan were so keen to help out we almost had a problem sharing the scrubbing brush – we have now bought enough for everyone. 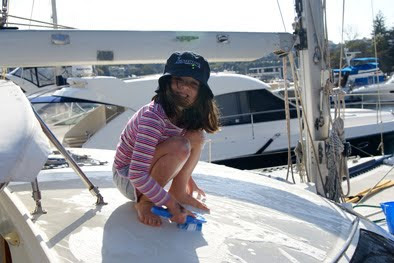 There is a lot of surface area on a Lagoon 42, but no one complained even when doused in cold water and the boat looked pretty shiny in the end. 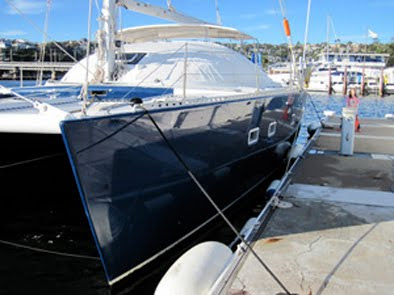